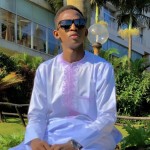 Abdusssalam has been murdered in a cold blood at the early hours yesterday by some sets of people tagged: “YAN HAMADA” in a Low Cost Town in Bauchi state Amebo9ja have learned.

According to reports, The mother handed him over to the group of gangs to tortured him until he bring back one textile material cost N1500 he stole from her and that she cares less if they kill him as long as her textile material is found. How heartless 😢

The sad part is Addussalam was killed on purpose after his sincere plea. See caption of his cry for mercy below;

please don’t beat me I will go and bring it…. they broke both his legs…. they injured his one eye…. cut-off his nails….

The woman who happens to be their neighbor shed tears and begging them to stop beating him she will pay any amount but all to no avail.

They ignored and kept torturing amidst the neighbours plea. Accoding to them, They won’t him alone cause the mother handed him over to them. One of them even call his sister and told her that she should come and see her brother for the last time before they take him to the hospital.

As we speak right now, the mother and perpetrators are in the police custody.

But why this Brutal killing??? He deserved justice I don’t care what he stole he didn’t deserve this… RIP Bro.

“Hi, My name is Al-amin Musa, and i am a computer science student at Kampala University. I am skilled in freelancing, content writing, blogging, developing, script writing and software developing